Psychosis comes in many forms and all have to be addressed immediately not just for the sufferer but also the public such as family, friends and people in general. Mild symptoms often can be picked up in the form of habits,  left untreated can escalate into serious moods swings, hearing voices, mind games and unrealistic comments.

If you’re suffering from a psychotic experience and need help the easiest most important action is to seek help from doctors and family members. Just talking to someone openly can change the whole experience overall and guide you to recovery.

I know so much about this topic I could write a book so I’ll get straight to the point. Leaving a person to figure out his own problems can lead to loneliness which in turn leads to voices often made up in his or her own mind. It’s a terrible episode in a person’s life where reality seems to vanish and Psychotic behaviour takes over.

The problem here is that this reflects on serious mood swings like a bad character from a book that has left someone hanging. It’s common with high drug abuse including alcohol and even mild cannabis and has huge demands on the brain if overused.

If a person continues to take it they can end with a psychosis they can’t control, only doctors can, even then it could be in the form of a lockdown in a mental institute for a few weeks or more.

It’s a symptom of serious mental disorder becomes normal in society from where many cases are missed due to sufferers been homeless or untrackable from the police or mental institutes. They may have walked out of on previous lockdowns which happens a lot after half recovery.

Even though a person feels 100% normal again he/she may be on treatment for life which means constant observation to check the liver and other organs are not affected by the medication prescribed after long term recovery through treatment. Having a psychotic experience isn’t a nice feeling and tears away at reality the more it’s not treated.

Some people seem to live with psychosis as normal but stand out like a black sheep in a field. They have a constant issue with alcohol and other drugs to maintain their awareness and fatigue to get kicks and likes from friends who have put up with them for years.

I’m not saying it’s a problem for society in some respect it is but people forget to realise that if one person can recover from it so can another. However, so many are left to suffer which is a shame on the public and the sufferer.

If untreated it has been known to lead to serious offences from as little as robbery from shop to murder so it’s no joke and everyone that is suffering should be allowed treatment at some point be it at will or by force. The police have to do what is best for all concerned to alleviate the problem.

There is no cure for psychosis, but there are many treatment options. In some cases where medication is to blame, ceasing the medication can stop the psychosis. In other instances, receiving treatment for an underlying condition may treat psychosis. … Some people may only need short-term treatment.

In 110 randomized controlled trials, evidence was found for glycine, sarcosine, N-acetylcysteine, some Chinese and ayurvedic herbs, ginkgo Biloba, estradiol, and vitamin B6 to improve psychotic symptoms when added to antipsychotics. Ginkgo biloba and vitamin B6 seemed to reduce tardive dyskinesia and akathisia.

Natural herbs and extracts may help the sufferer overcome the symptoms of psychosis given a good diet to support the treatment.  Family assistance helping a sufferers reality becomes more of a daily task from getting out of bed to sleep at night everything during the day should be easy going and stress-free.

A BALANCED THYROID FOR BETTER HEALTH

HOW THE THYROID BUNDLE COULD HELP

A Unreal Smoothie For A Healthy Liver 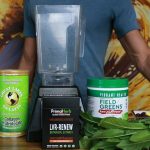